Christ Died Instead of Us 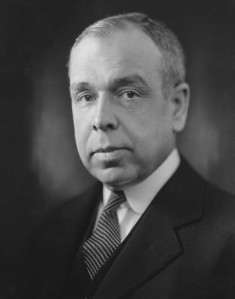 did. He is our Savior, not because He has inspired us to live the same kind of life that He lived, but because He took upon Himself the dreadful guilt of our sins and bore it instead of us on the cross. Such is the Christian conception of the Cross of Christ. It is ridiculed as being a “subtle theory of the atonement.” In reality, it is the plain teaching of the word of God; we know absolutely nothing about an atonement that is not a vicarious atonement, for that is the only atonement of which the New Testament speaks. And this Bible doctrine is not intricate or subtle.

On the contrary, though it involves mysteries, it is itself so simple that a child can understand it. “We deserved eternal death, but the Lord Jesus, because He loved us, died instead of us on the cross”–surely there is nothing so very intricate about that. It is not the Bible doctrine of the atonement which is difficult to understand–what are really incomprehensible are the elaborate modern efforts to get rid of the Bible doctrine in the interests of human pride.

Modern liberal preachers do indeed sometimes speak of the “atonement.” But they speak of it just as seldom as they possibly can, and one can see plainly that their hearts are elsewhere than at the foot of the Cross. Indeed, at this point, as at many others, one has the feeling that traditional language is being strained to become the expression of totally alien ideas. And when the traditional phraseology has been stripped away, the essence of the modern conception of the death of Christ, though that conception appears in many forms, is fairly plain. The essence of it is that the death of Christ had an effect not upon God but only upon man. Sometimes the effect upon man is conceived of in a very simple way, Christ’s death being regarded merely as an example of self-sacrifice for us to emulate. 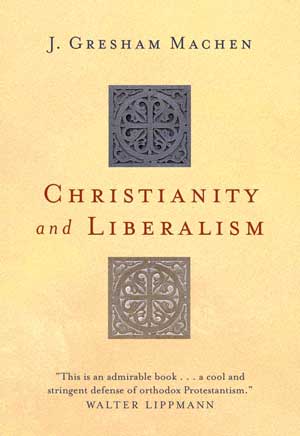 The uniqueness of this particular example, then, can be found only in the fact that Christian sentiment, gathering around it, has made it a convenient symbol for all self-sacrifice; it puts in concrete form what would otherwise have to be expressed in colder general terms. Sometimes, again, the effect of Christ’s death upon us is conceived of in subtler ways; the death of Christ, it is said, shows how much God hates sin–since sin brought even the Holy One to the dreadful Cross–and we too, therefore, ought to hate sin, as God hates it, and repent. Sometimes, still again, the death of Christ is thought of as displaying the love of God; it exhibits God’s own Son as given up for us all. These modern “theories of the atonement” are not all to be placed upon the same plane; the last of them, in particular, may be joined with a high view of Jesus’ Person. But they err in that they ignore the dreadful reality of guilt, and make a mere persuasion of the human will all that is needed for salvation. They do indeed all contain an element of truth: it is true that the death of Christ is an example of self-sacrifice which may inspire self-sacrifice in others; it is true that the death of Christ shows how much God hates sin; it is true that the death of Christ displays the love of God. All of these truths are found plainly in the New Testament. But they are swallowed up in a far greater truth–that Christ died instead of us to present us faultless before the throne of God. Without that central truth, all the rest is devoid of real meaning: an example of self-sacrifice is useless to those who are under both the guilt and thralldom of sin; the knowledge of God’s hatred of sin can in itself bring only despair; an exhibition of the love of God is a mere display unless there was some underlying reason for the sacrifice. If the Cross is to be restored to its rightful place in Christian life, we shall have to penetrate far beneath the modern theories to Him who loved us and gave Himself for us.