Every man must decide upon which side he will stand

If the Word of God be heeded, the Christian battle will be fought both with love and with faithfulness. Party passions and personal animosities will be put away, but on the other hand, even angels from heaven will be rejected if they preach a gospel different from the blessed gospel of the Cross. Every man must decide upon which side he will stand. God grant that we may decide aright!

What the immediate future may bring we cannot presume to say. The final result indeed is clear. God has not deserted His Church; He has brought her through even darker hours than those which try our courage now, yet the darkest hour has always come before the dawn. We have today the entrance of paganism into the Church in the name of Christianity. But in the second century a similar battle was fought and won. From another point of view, modern liberalism is like the legalism of the middle ages, with its dependence upon the merit of man. And another Reformation in God’s good time will come. 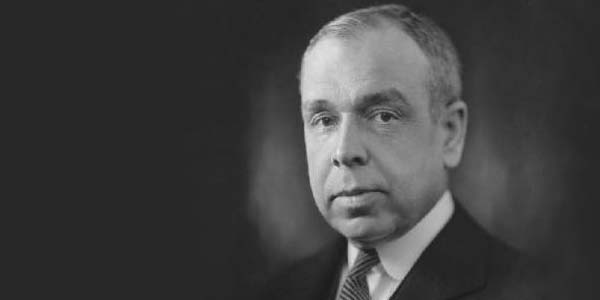 But meanwhile our souls are tried. We can only try to do our duty in humility and in sole reliance upon the Savior who bought us with His blood. The future is in God’s hand, and we do not know the means that He will use in the accomplishment of His will. It may be that the present evangelical churches will face the facts, and regain their integrity while yet there is time. If that solution is to be adopted there is no time to lose, since the forces opposed to the gospel are now almost in control. It is possible that the existing churches may be given over altogether to naturalism, that men may then see that the fundamental needs of the soul are to be satisfied not inside but outside of the existing churches, and that thus new Christian groups may be formed.

But whatever solution there may be, one thing is clear. There must be somewhere groups of redeemed men and women who can gather together humbly in the name of Christ, to give thanks to Him for His unspeakable gift and to worship the Father through Him. Such groups alone can satisfy the needs of the soul. At the present time, there is one longing of the human heart which is often forgotten–it is the deep, pathetic longing of the Christian for fellowship with his brethren. One hears much, it is true, about Christian union and harmony and co-operation. But the union that is meant is often a union with the world against the Lord, or at best a forced union of machinery and tyrannical committees. How different is the true unity of the Spirit in the bond of peace! Sometimes, it is true, the longing for Christian fellowship is satisfied. There are congregations, even in the present age of conflict, that are really gathered around the table of the crucified Lord; there are pastors that are pastors indeed. But such congregations, in many cities, are difficult to find. Weary with the conflicts of the world, one goes into the Church to seek refreshment for the soul.  And what does one find? Alas, too often, one finds only the turmoil of the world. The preacher comes forward, not out of a secret place of meditation and power, not with the authority of God’s Word permeating his message, not with human wisdom pushed far into the background by the glory of the Cross, but with human opinions about the social problems of the hour or easy solutions of the vast problem of sin. Such is the sermon. And then perhaps the service is closed by one of those hymns breathing out the angry passions of 1861, which are to be found in the back part of the hymnals. Thus the warfare of the world has entered even into the house of God, And sad indeed is the heart of the man who has come seeking peace.

Is there no refuge from strife? Is there no place of refreshing where a man can prepare for the battle of life? Is there no place where two or three can gather in Jesus’ name, to forget for the moment all those things that divide nation from nation and race from race, to forget human pride, to forget the passions of war, to forget the puzzling problems of industrial strife, and to unite in overflowing gratitude at the foot of the Cross? If there be such a place, then that is the house of God and that the gate of heaven. And from under the threshold of that house will go forth a river that will revive the weary world.